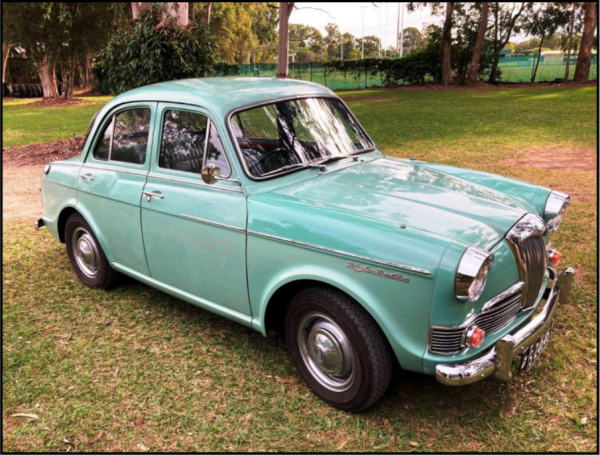 From a distance the Riley One-Point-Five will look familiar to many Australians of our generation. Until one looks closely it could be mistaken for a Morris
Major or an Austin Lancer, or, if you lived in better-off suburbs, it could even be a Wolseley 1500.

But though the Riley One-Point-Five shared the same basic design it was a quite distinctive model, with better appointments and performance than its Morris, Austin or Wolseley relatives. The design was conceived in the early 1950s as a possible replacement for the Morris Minor. It used the floor pan, suspension and steering of the Morris Minor, but the car was much roomier inside. The B-Series engine at 1,489cc was 50 per cent larger than the Minor’s, though fuel consumption was predictably heavier. Transmission was the four-on-the-floor from the MG Magnette. However continued popularity of the Minor resulted in the design being used instead for Wolseley and Riley models in the home market, where they were produced from 1957 to 1965.

The same design was also used by BMC Australia for the Morris Major and Austin Lancer between 1958 and 1964. The Wolseley was also built here, but the Riley One-Point-Five was unique to the UK. The Wolseley brand had evolved into a luxury version of Morris, while Riley’s trademark had long been its advanced sporting cars. The Riley and Wolseley models reflected these traditional markets, with the Riley being the better-equipped and better-performing.

The Riley’s twin SU carburettors and modified head produced 68hp (50kW), nearly 20hp (15kW) more than the Wolseley. Both models had heavy duty drum brakes, but the Wolseley’s were by Lockheed whereas the Riley’s were made by Girling.

In the best British tradition both cars had wooden dashboards and door trims. The Wolseley had speedometer and combined temperature, oil and fuel gauges placed in the centre of the dashboard while the Riley had the same instruments as the Wolseley but, befitting its sporting origins, included a tachometer as well, all placed directly in front of the driver. The Riley was fitted with leather seats, while the Wolseley’s coverings weren’t quite as luxurious.

Both cars had similar front panel, grille and side trim, but closer examination showed that they were different in detail. 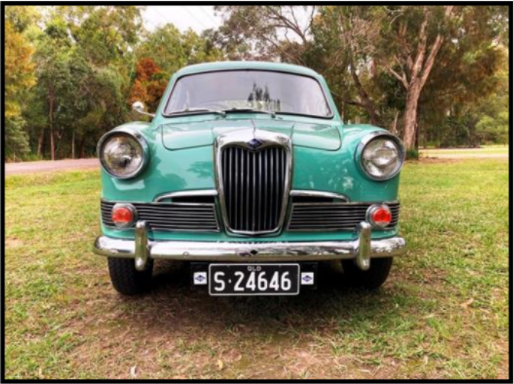 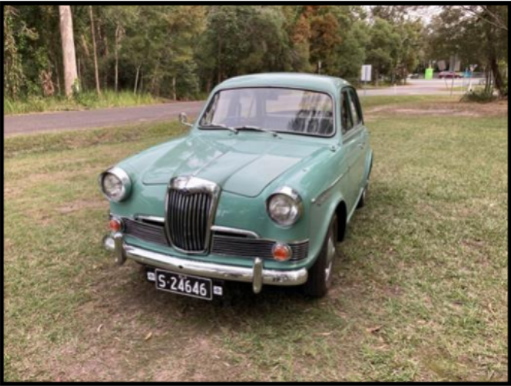 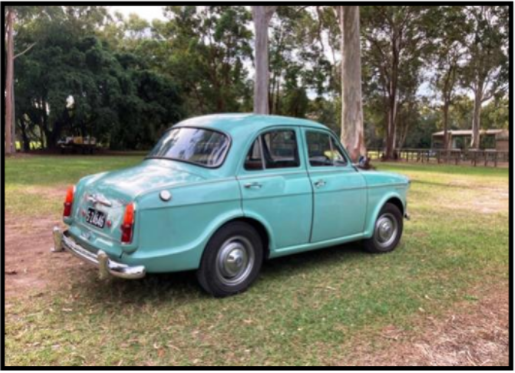 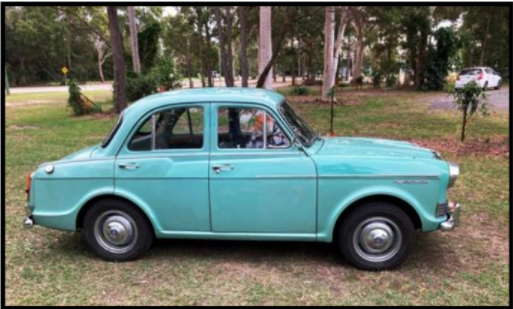 Contemporary UK road tests praised the Riley, as shown by a comprehensive article in the February 1958 Motor Sport. On the road this little four-door four-seater saloon is no mean performer!   The twin-SU 8.3 to 1 compression ratio engine goes up to 6,000rpm without complaint … A long unobstructed run is required to attain 85mph but an indicated 80mph being quite feasible, when engine speed is below 4,300rpm. The gear change is a trifle stiff and it is sometimes very difficult to engage bottom gear, with or without a crunch, but otherwise this is a delightful gearbox … The Riley’s rack-and-pinion steering is accurate, free from lost motion and reasonably light.

The Riley can be cornered fast with considerable enjoyment but there is roll which to some extent destroys the accuracy of line round fast bends.

The performance is definitely excellent for a four-seater saloon of this engine capacity and price bracket. The little Riley sees off its sporting companion the MG Magnette, being able to attain 50mph from rest in less than 12 seconds and clock 20.6 seconds over a standing quarter mile.

A careful check on fuel consumption [showed] 29.5mpg on a long, fast main-road journey. A recent review was equally positive. “Rileys project a veneer of sporting luxury while being cheap to buy and run. They’re quite practical machines, with spacious boots and the ability to keep up with modern cars and cruise comfortably on motorways. And they’re sufficiently rare that a good one – or even a not-so-good one – will always turn heads.”

The One-Point-Five was also successful in motor racing. One was entered in the second race of the British Touring Car Championship in 1958, finishing second in class with later a class win with Les Leston at the wheel. Between 1958 and 1963, the One-Point-Five achieved sixteen class wins from seventy-six entries, and took the 1961 Class B championship.

As they had such an inspiring heritage, it’s not surprising that Warwick Williams became interested in acquiring a Riley One-Point-Five. However as they were never made here, they were not easy to find. As I write this article there are no Riley One-Point-Fives on carsales.com.au or on Hemmings in the US, but on UK sites I found four, the one below (TOP RIGHT) being the most expensive.

Fortunately in late 2013 Warwick saw advertised a 1963 Island Green Riley One-Point-Five for sale a short drive outside Melbourne. Amazingly, it had been driven only 20,000 miles – 32,000km! The seller had imported the car from the UK in 2006 and was its second owner. It was original, unrestored and in impeccable condition, only being sold because of the owner’s health.

Warwick thought that the Riley looked good enough to visit Melbourne and see it in the metal, and so it proved. He became the car’s third owner, and set about bringing it home. On the first afternoon Warwick and the Riley battled Melbourne’s peak hour traffic, stopping at Yea overnight. He spent the next two nights at Blayney then Armidale, cruising at 55 to 60mph, and arrived home the next afternoon. Whenever Warwick stopped en-route seniors would say “I know it’s a Riley One-
Point-Five, though I’ve never seen one before”. It idled quietly at 650rpm, oil pressure and temperature were normal during the trip, and after 1,700km it required only a 0.5 litre oil top up and used no coolant.

The trip revealed that some brake and suspension adjustments were required, but the steering was light and sharp at speed, and otherwise Warwick was happy with his new Riley. 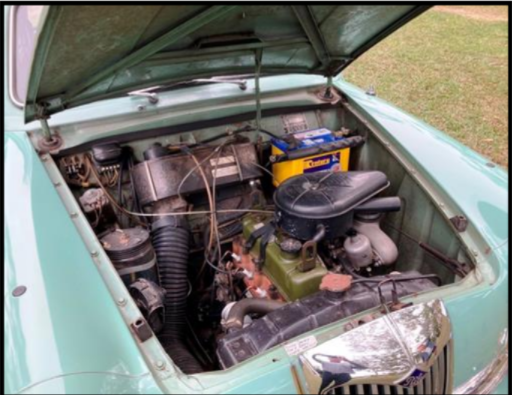 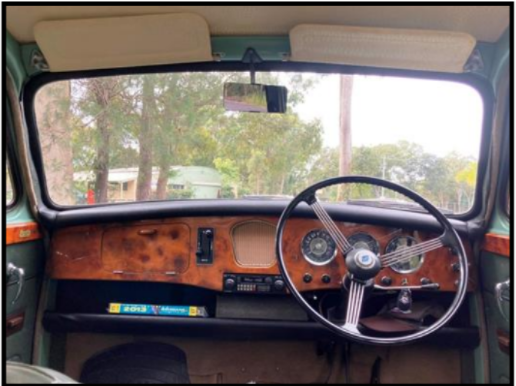 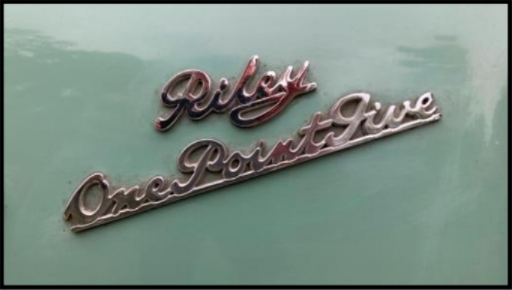 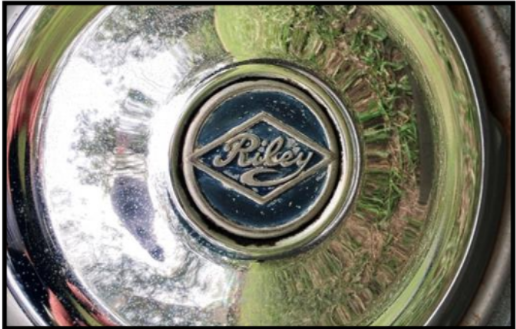 Since he’s owned the Riley Warwick has had the head crack tested and new rocker shaft and valve guides fitted and has replaced some rubbers, but otherwise the car has required little work. It’s an attractive and spritely car, with bodywork, upholstery and mechanicals in amazing condition for a car that’s nearly 60 years old. It’s no wonder at all that Warwick is so proud of it. 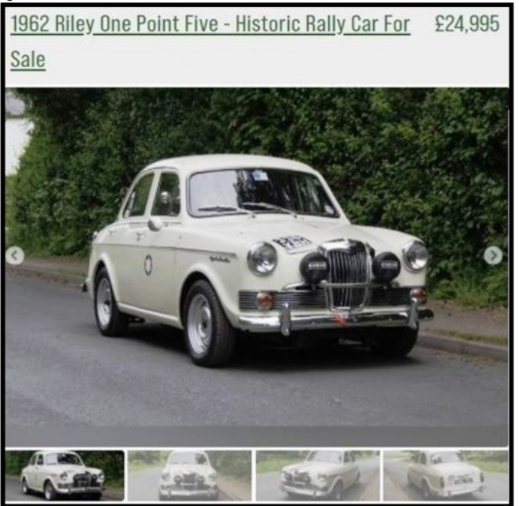 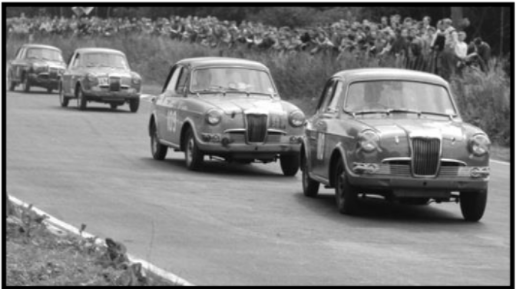 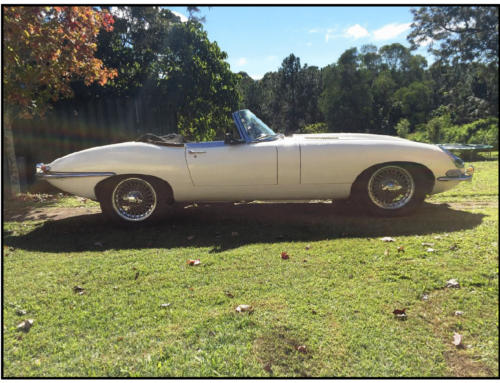 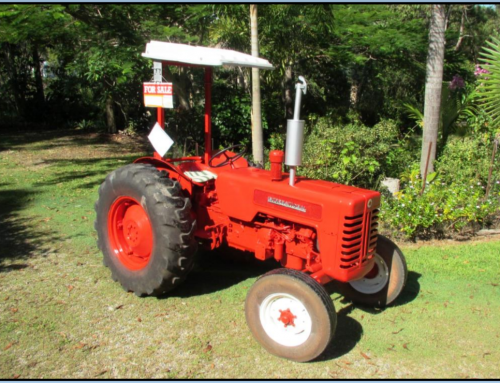 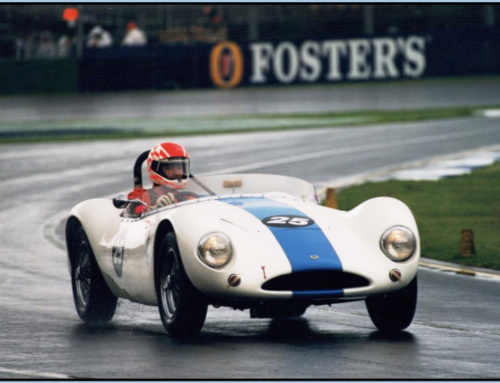 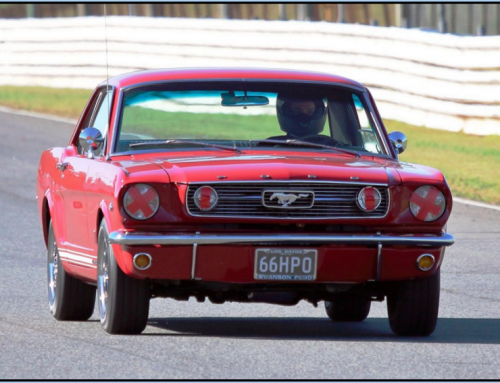