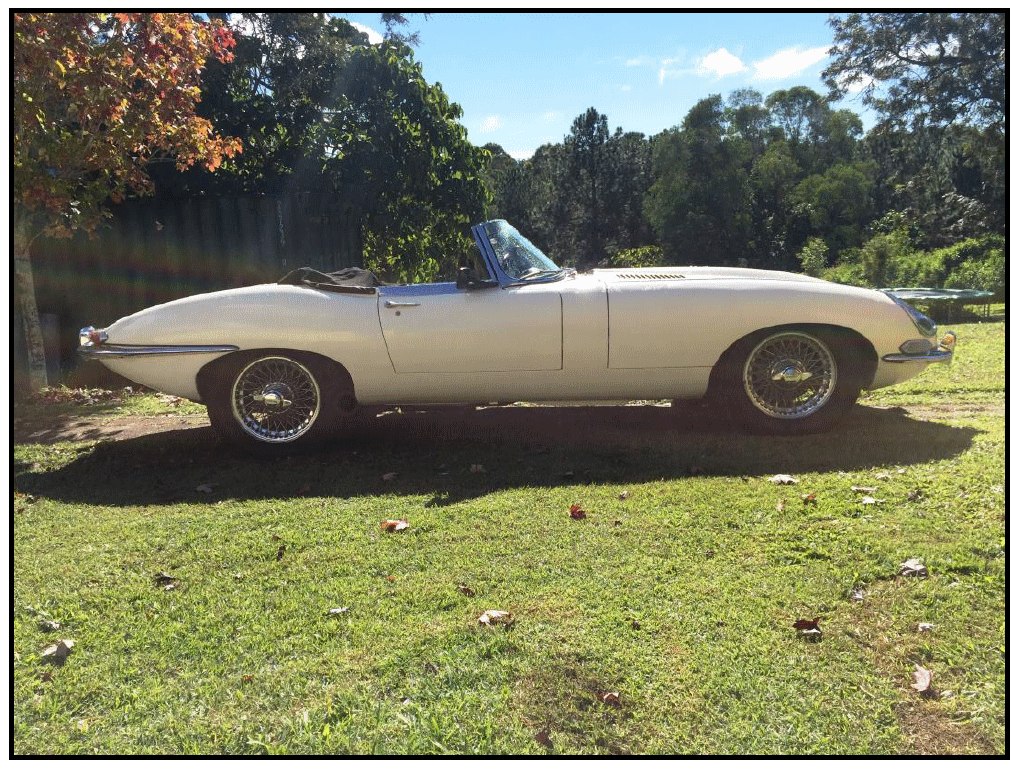 A long long time ago, when dinosaurs roamed the earth and loungeroom furniture was covered in a new stuff called Vinyl, the oldest virgin in Wynnum tore a centrefold from a glossy magazine and pinned it up on his bedroom wall. No, it wasn’t Marilyn. It was from an American motor magazine, and was a profile picture of a white Jaguar E-Type Roadster.

The Series 1 E-Type Jaguar was launched in March 1961 at the Geneva Motor Show. Over 80 percent of E-Types were exported to the USA, but some problems were noted with the early ones. Those long tall Texans, having already suffered the humiliation of having to remove their Stetsons and spurs, found that their legs still wouldn’t fit.
Now I’m not saying that the Poms are no good at ergonomics and human engineering (even though it took MG from 1930 to 1960 to give the driver somewhere to put his or her left foot). It’s not their fault: in the 1950s the average Englishman was only issued with legs long enough to keep his knuckles from dragging on the ground. But export sales were important, so the later Series 1 E-Types had scallops cut into the panel behind the seats and a dished floor so that those Size Twelves would fit under the clutch pedal.

Very few were imported into Australia, and most of these were coupes. I saw a real one in a dealer’s yard in 1963, but it was well above an apprentice’s pay grade.
Eventually a Healey 100 was adopted as a substitute: talk about a rat with a gold tooth! But then came girls and even more expense, and eventually the Healey had to go.
Fast forward 30-odd years to the midlife crisis of 1986: where was that longed-for roadster? Unfortunately, about ten million other people the same age were cursed by the same urge. A chap called Alan Bond was getting one rebuilt for about $130,000 of other people’s money, and shiploads were being sent back to England from California.
I finally came across a 1966 coupe in pieces and in a pretty bad way, so a deal was done and the bits were stored away.

I don’t think it was the famous “Nautilus”. Legend had it that in the sixties the most famous radio personality in Sydney was demonstrating the amazing cornering abilities of his E-Type to the second most famous by sliding off the road into a saltwater lake, where the E-Type immediately sank to the bottom as the personalities swam for their lives. By the time it was recovered the story had got around so much it was impossible to sell it in Sydney, so it was shipped to Brisbane.
But how to modify the rear section of a coupe into a roadster? Closer inspection revealed it to be impossible, with both inner and outer panels quite different.
The 1966 E-Type was the model for me, but where to get a roadster body with a budget no better than in 1963? No internet in those days, just some US trader magazines. One had an ad by an Aussie living in California offering his services, and after several false leads a car was found in Chaumont, New York State.

My E-Type eventually did turn up. Unfortunately most cars of the late 1950s and early 1960s were rust buckets, and the E-Type was no exception. The open car is held together by giant sills, and it appeared that the inside of these sections had never seen a lick of paint. In fact because it did not have a complete inner guard like the coupe the roadster was particularly bad, with sills, floor, outer guards etc all needing to be replaced. Time to invest in a TIG welder!
The good thing was that it came with an ID plate, body number and a letter from the original supplier, a dealer called “Mostly British”, apologizing for its condition and throwing in some extra parts.
This led to a profitable relationship for both of us. I still have an old Customs notice for some new parts he supplied: Customs value $717.56, import duty $165.04 and sales tax $211.82. I will never bitch about ten percent GST ever again! But about five bottles of Argon gas and a year’s work and she was on the road.
I had decided the engine wouldn’t need rebuilding, as I would only drive it on Sunday mornings wearing a funny little flat hat to get the paper. But when I got behind the wheel I was 16 again. This soon led to two discoveries: the engine did need to come out for a re-build, and if you gave this beast its head it would bite you! 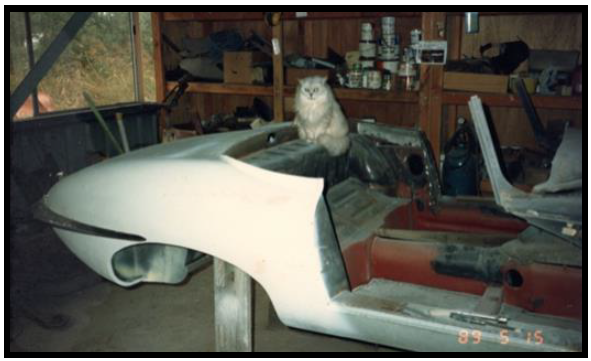 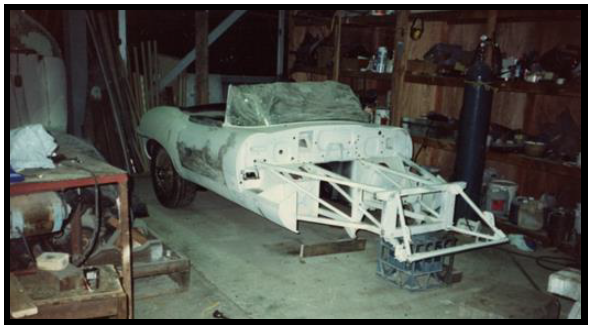 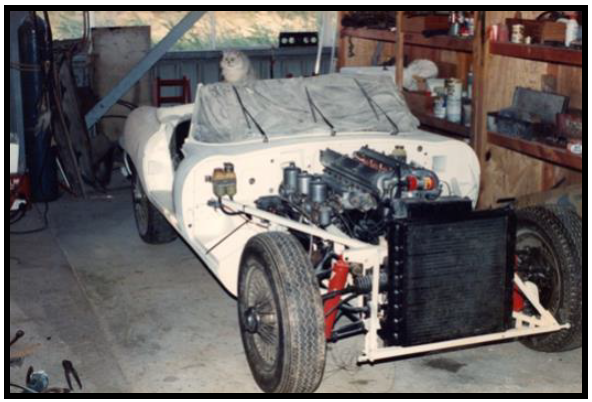