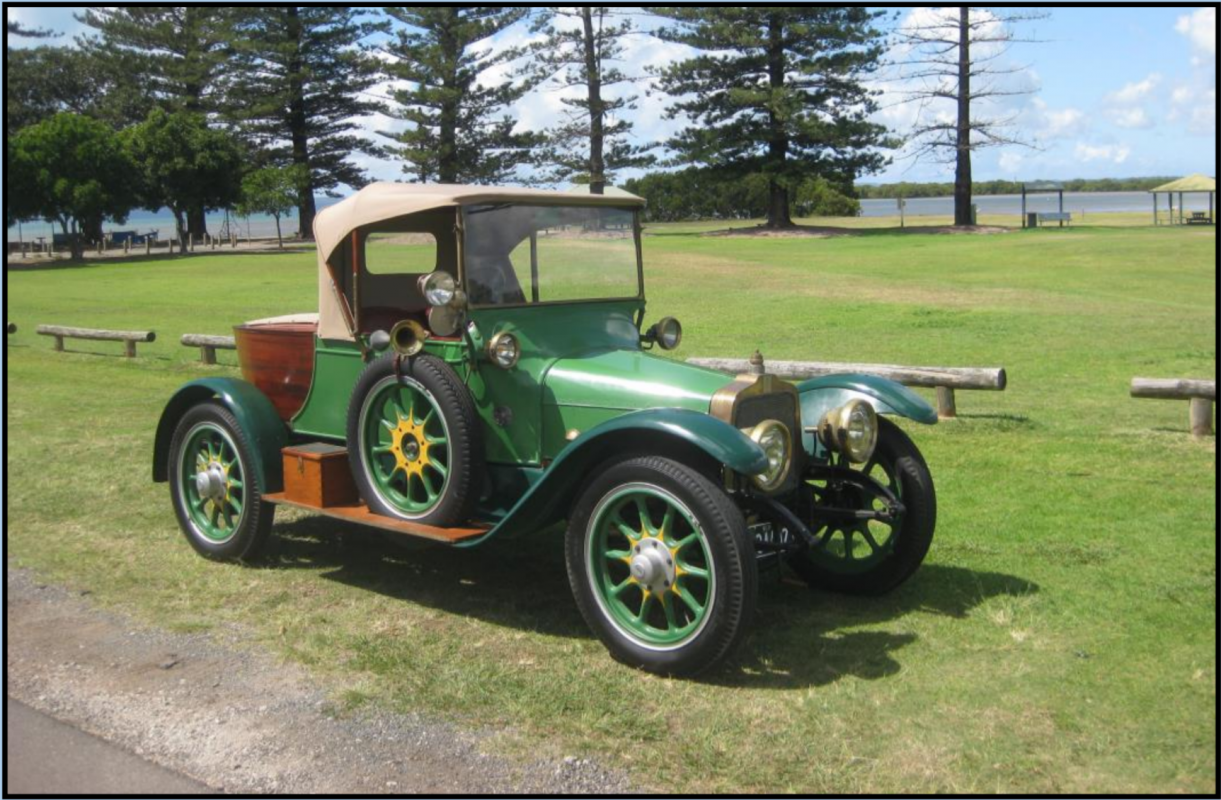 I was manufactured in London by Clement Talbot early last century, and took up residence on a station property near Adavale in Western Queensland, where I provided transport for my owner for many miles and years.

Due to the ravages of rough tracks, dust and mud, I was eventually pensioned off and relegated to the station dump, where I was used for target practice and suffered the decay of time, weather and post-World War scavengers, who stripped all my brass accessories for profit.

In the 1960s, a collector nicknamed “The Ferret” heard of my plight, and subsequently rescued my remains, placing them in boxes which for many years lay dormant in the darkness of his shed and the weeds of his back yard. In 1980, a second hopeful collector saw my potential, and my relics were purchased and stored in another shed. In spite of many sideways glances, it has taken 40 years for the jigsaw to be assembled, parts constructed, and my restoration to be completed.

Technical description of the Talbot 4CBX

The foregoing treatise gives some details of the history of the Talbot Marque. I have often been asked: “Is it a Sunbeam Talbot?”, and the answer is always “No!”

Following the Great Depression of the 1930s, the British motor industry was struggling, as were the Sunbeam and Talbot companies, so they were taken over by the Rootes Group, from which emerged the Sunbeam Talbot car. When I purchased the skeletal remains of the 1914 4CBX Talbot in 1977, my shed also housed a restored 1928 Rugby Tourer, which we still use, and a partly dismantled 1934 Triumph Gloria sedan. However, we did make room for the box of Talbot remains. I still wonder why!!! The reasoning was that our Bundaberg Vintage Car Club had plenty of classic and vintage vehicles, and it would be great to have a veteran car in the club. My wife reminds me that this is a “reconstruction” – not a restoration.

I was unable to use most of the body panels acquired, as they were either too rusty or had too many bullet holes. Fortunately I was able to purchase three suitable mudguards at a Banyo swap meet in the mid-1980s, and Norm Croswell, a Bundaberg restorer, rolled a fourth rear guard for me. Harry Mason, also of the Bundaberg Club, rebuilt the mechanicals – engine, gearbox and diff. Progress was then interrupted by our moving from Bundaberg to Cleveland in late 1988, and suitable accommodation had to be built to house my menagerie.

With other projects requiring my time and attention, progress was very slow. While staying with family in the US, we visited Harrah’s Motor Museum in Reno, Nevada, and a beautiful copper-bodied Rolls Royce caught my attention, and became the inspiration for the design of the Talbot body.

Back home, I set up the Design Department in my shed, with many sheets of paper and car parts.

From there, progress began slowly. I am neither a boat builder nor a body specialist, but the pictures will tell the story. The mechanicals were now brought out of storage, and the accumulated dust cleaned off to check the jigsaw to see how the pieces fitted together.

Some parts had to be manufactured on my metal lathe, and others sourced from swap meets and other enthusiasts, such as Kevin Long of the Queensland Veteran Car Club, who gave encouragement and helpful advice when needed.

The next problem was getting the engine in position. Both of the above slotted in as though that’s where they belonged (and to think they came out of a Queensland cattle station dump in the Adavale area)!

Before starting on the bodywork, I needed to have a suitable exhaust system built and installed. A good friend Vin Thomas volunteered to transport the vehicle to the local exhaust centre for this to be done. With the exhaust system fitted, my attention was now on the bodywork, framed from NSW coachwood and silky oak (the latter originally my son’s discarded dining-room table!). Having decided to construct a boattail, the timber used on its deck and sides is Queensland red cedar and Tasmanian Huon Pine.

The boat-tail has been constructed as a separate removable unit should later owners want to alter the design. In 1914, lights were either gas or electric, the latter being optional. Fortunately, the previous collector had sourced brass electric headlamps and side lights, which I restored and proudly fitted in position.

The original Talbot brass radiator (sourced from some farmer who had used it on a stationery engine to grind his chaff) was enhanced by the fitted lights. To complete the project, I now had to consider how I was going to fit the traditional veteran hood. This entailed laminating hood bows – but what was I going to make them from? After considerable thought, I remembered that I had some old wooden venetian blinds on the mezzanine storage in my shed, and these proved to be exactly the right material.

Now the challenge was “Would the engine start, and the mechanicals function correctly?” My grandson Bryce had been insistent all along: “We MUST get this going!” With great trepidation and excitement, the engine started on the first attempt! As the rebuilt motor was extremely stiff to turn over, I had adapted a reduction gearbox to my large Makita drill, and when I applied this to the crank dog of the motor, I was able to revolve it at around 70rpm, sufficient to raise oil pressure and get the motor spinning. I kept this going for about seven hours, and it loosened up the engine.

Although the fabric hood had not yet been made, the vehicle was ready to be registered and to have its first outing. The Talbot was therefore completed just in time for the BVRC’s 2020 Australia Day Event in January. I’m still ironing out a few technicalities of the vehicle and learning to drive it and change gears. The fitting of an attractive and well-made hood by Annvid Auto Upholsterers has complemented the design, and I look forward to being able to use the car when normality returns to our society. 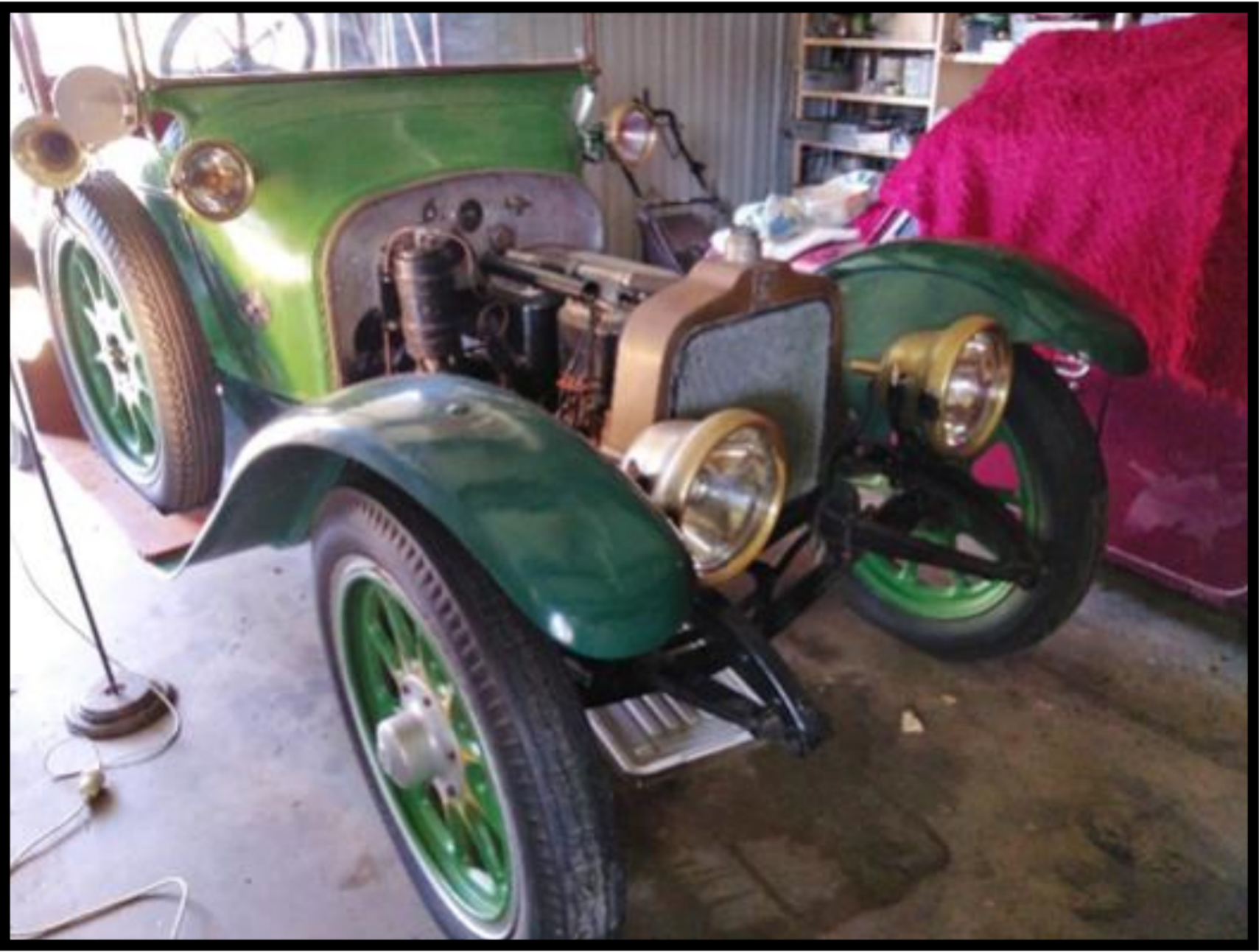 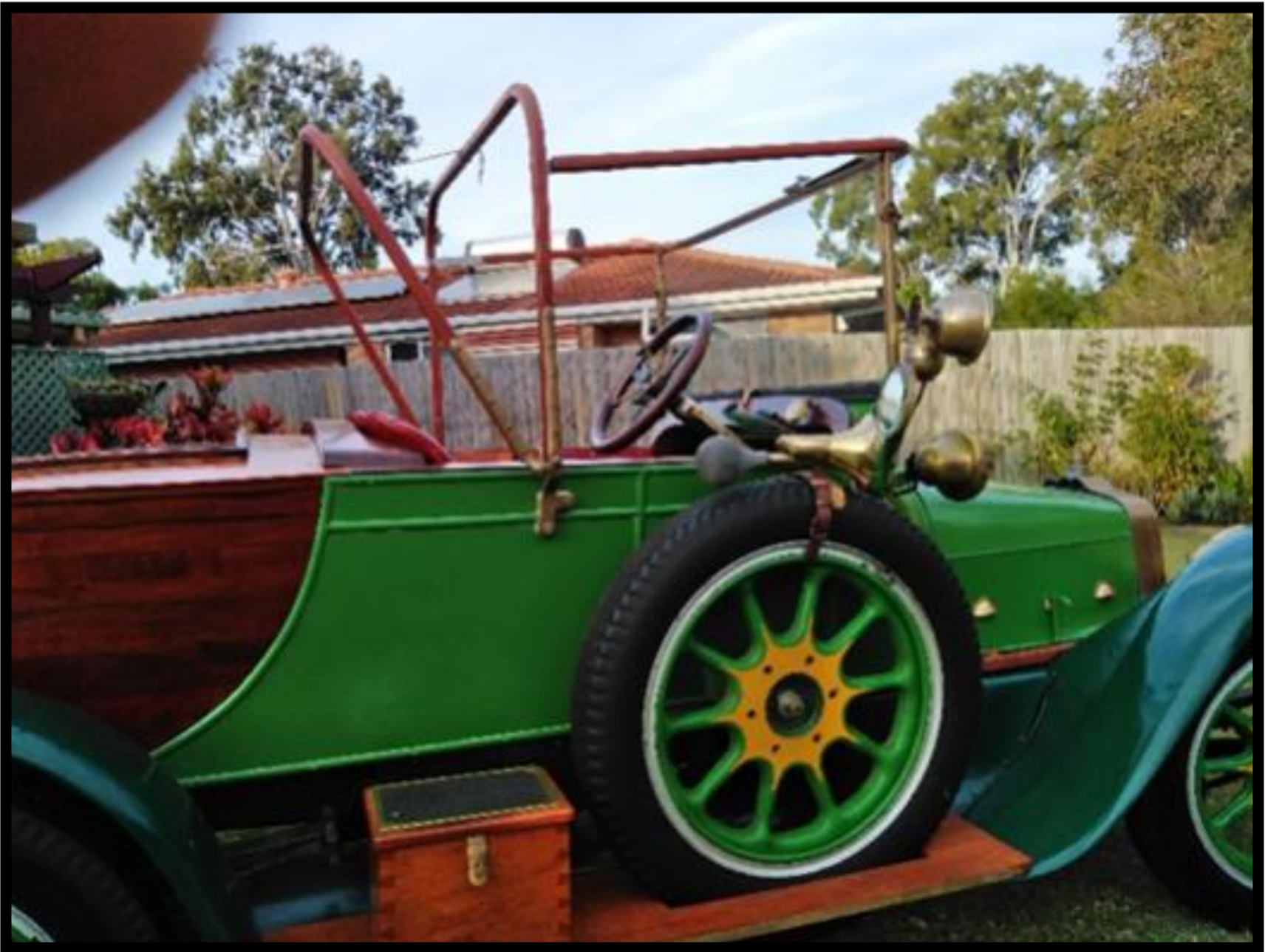 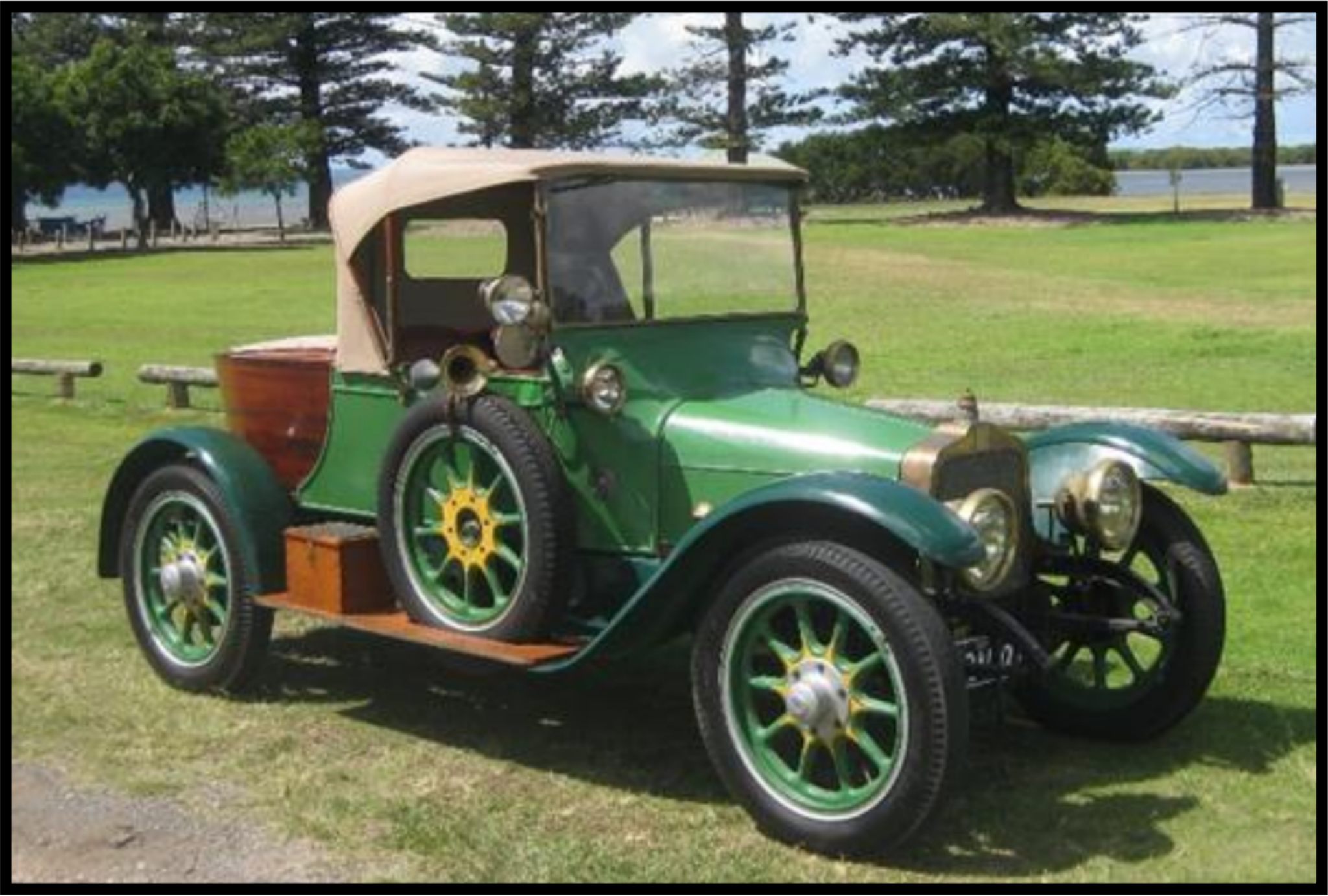