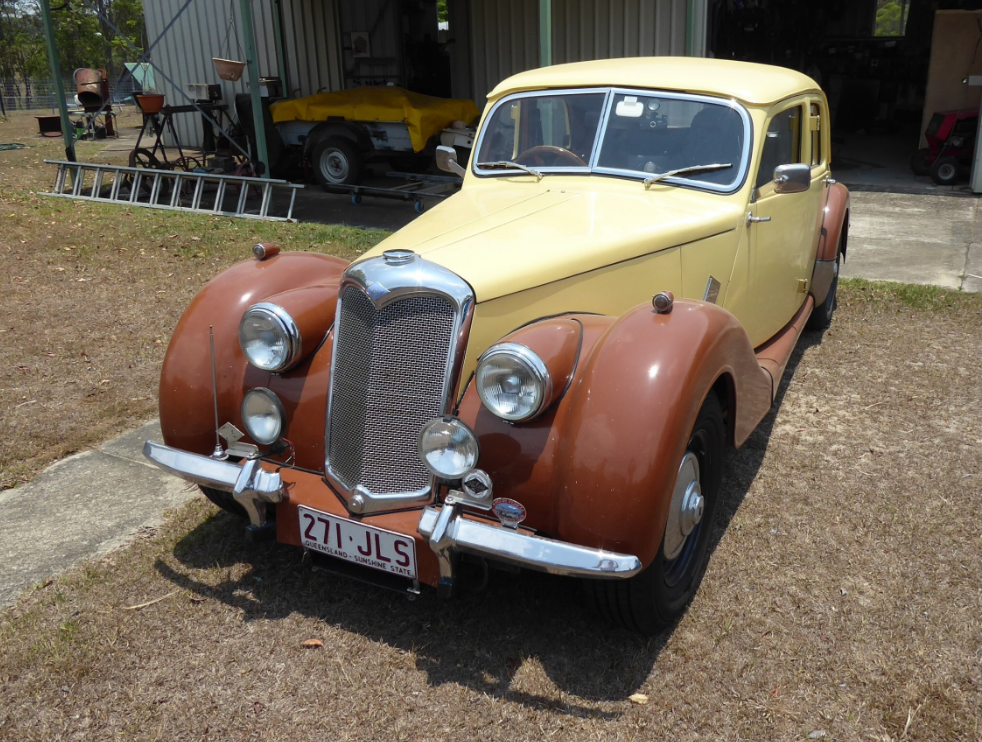 In the May 2020 issue we described Robin Hull’s experience with his first restorations, a 1928 Rugby and two Vauxhall VX Cadet roadsters.  By 2003, when Robin had completed restoring the first of the Vauxhalls, he heard from a mutual friend of a 1951 Riley RMB 2 1⁄2 litre (pronounced “toonahalf” by Riley fans) for sale. It was on the Gold Coast and was in parts, so Robin brought it home in a trailer. He’d retired by this time, so could work fulltime on the restoration, which took about three years.

Riley is one of the many British marques with long, proud but not necessarily financially successful histories that eventually formed British Leyland. William Riley Junior acquired a Coventry bicycle maker in 1890, forming the Riley Cycle Company in 1896. He was hostile to the idea of diversifying into automobiles so Percy, one of his sons, secretly built a car in 1898. The only thing we seem to know about Percy’s car is that it featured the first mechanically-operated inlet valve, but that’s achievement enough. Two of Percy’s brothers later joined him and with their own resources and a loan from the Bank of Mum founded the Riley Engine Company in 1903.  They were later joined by their two other brothers, and specialised in producing engines for their father’s cycles and for Singer motorcycles.

The brothers made their first car, the Vee-Twin Tourer, in 1905, but motorcycle engine manufacture was still their main business. Then their father had a mid-life crisis: he reversed his opposition to cars and became a specialist wire-wheel manufacturer, and by 1921 had abandoned motorcycle production.

With their biggest engine customer lost, the Riley brothers turned to car manufacture. Their first model, the 17/30, was launched at the 1913 London Motor Show. After World War One the Riley companies focused on production of Riley engines and motor bodies, and adopted the blue diamond badge.

Riley grew rapidly during the 1920s and 1930s, with four, six and eight cylinder engines, over a dozen different bodies, and a range of saloons, coupes, tourers, limousines and sports cars. Percy’s 1.1 litre four cylinder Riley Nine engine was eminently tuneable, and formed the basis of Riley’s competition success. Rileys finished 2nd, 3rd, 5th, 6th, 12th and 13th at Le Mans in 1934, and many of the earliest women racing drivers competed in Rileys.

The inline four’s basic configuration, with hemispherical combustion chambers and twin camshafts mounted high at the sides of the block, was retained throughout production until the last “true” Riley. By the time of Robin’s RMB it had increased in capacity to 2.443 litres (invariably referred to as 21⁄2 litres).

Fifth-placed Riley Brooklands of Alex van der Becke and Kenneth Peacock in 1934 at Le Mans. But Riley’s fine engine and sporting success did not translate into financial viability. With too many models, too little component interchangeability and too many disagreements on business strategy, Riley was taken over in 1938, joining Morris, Wolseley and MG in the Nuffield Organization.

Riley retained a lot of autonomy in the early postwar years, with an attractive range of sporty tourers. Its RM Series was produced from 1945 to 1955, and was initially built in Coventry, but in 1949 production moved to the MG works at Abingdon. All had Riley’s high-cam engine, initially 11⁄2 litres in the RMA sports saloon in 1945 and its replacement in 1955, the RME. The RMB in 1946 used a lengthened RMA chassis, and was replaced by the RMF in 1952, both with the 21⁄2 litre “Big Four” engine. The Riley badge was now light blue, instead of dark blue for 11⁄2 litre cars. The RMC roadster and RMD drophead were limited-production cars, selling around 1,000 units between them, whereas the rest of the RM series sold 22,000.

In 1952 Nuffield merged with Austin to form BMC, and the RM series became the last developed independently by Riley. The Pathfinder was launched in 1953 and shared a body with the Wolseley 6/90, but sadly was the last Riley with that unique engine.

Robin’s RMB was a highly regarded car at the time. Its engine had been developed to give 100 horsepower by 1951, with a top speed near the ton and able to cruise well in excess of any current speed limits. The RMB still had the hydromechanical brakes of earlier models, hydraulic brakes not becoming standard until the 1952 model year.

Due to his experience with poor quality rechroming Robin fabricates some parts from stainless steel. During his early days as a marine engineer at sea and as a power station engineer Robin developed a “stitch in time” preventive maintenance philosophy. He’d prefer preparation in the calm of his garage to avoidable downtime on the side of the road. In the Riley’s case this has included replacing the original torque tube rear axle, with its propensity to break half shafts, with a VL Commodore rear axle with narrowed track. The brakes are now hydraulic all round, with tandem master cylinders and vacuum booster, and ignition has been converted to electronic.

Robin’s RMB has lived up to its long-legged reputation, as he has driven over 70,000 miles in it. He’s taken it to Cairns and Townsville many times, to South Australia and Victoria twice, and has done many rallies around NSW. It’s a thoughtful restoration of a very handsome car with a long and illustrious pedigree. 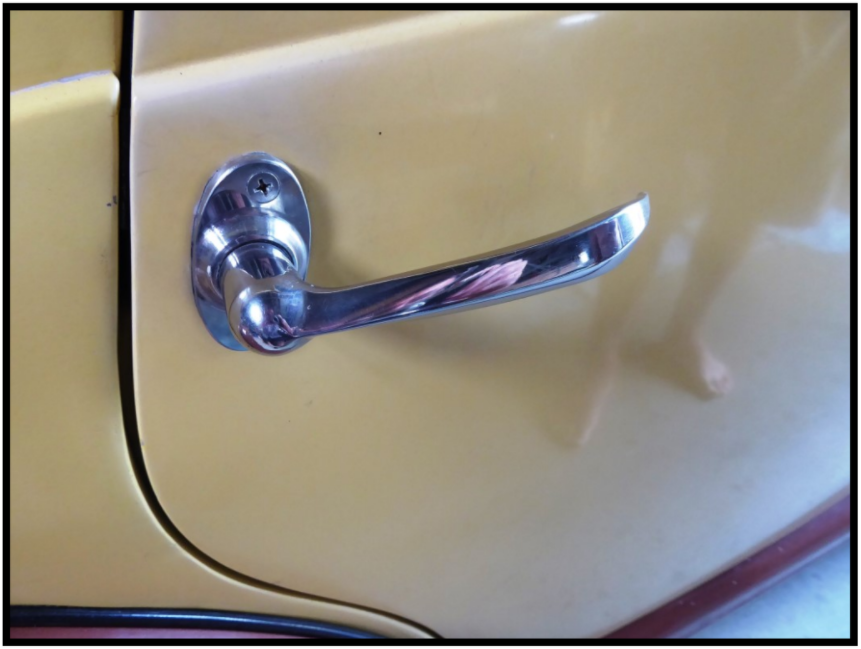 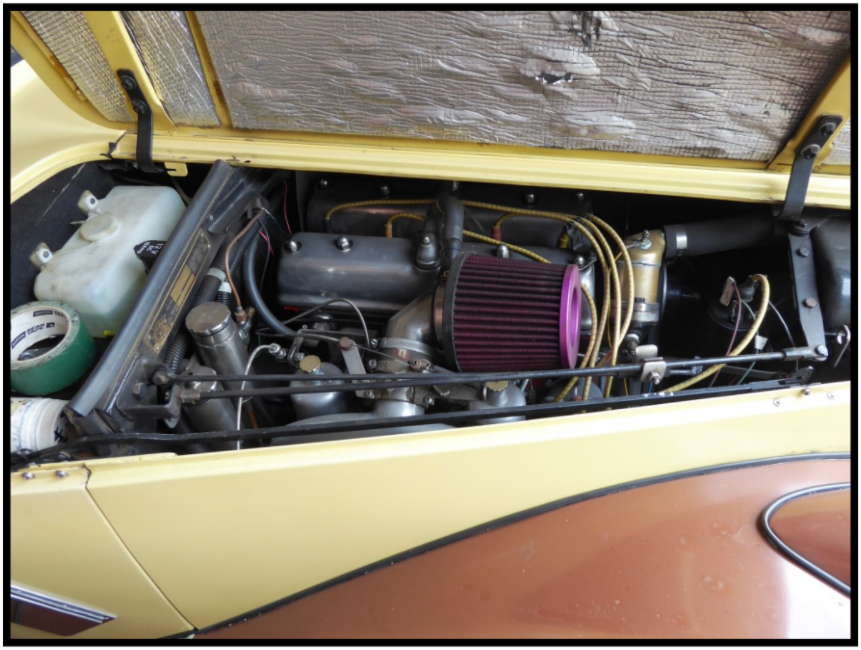 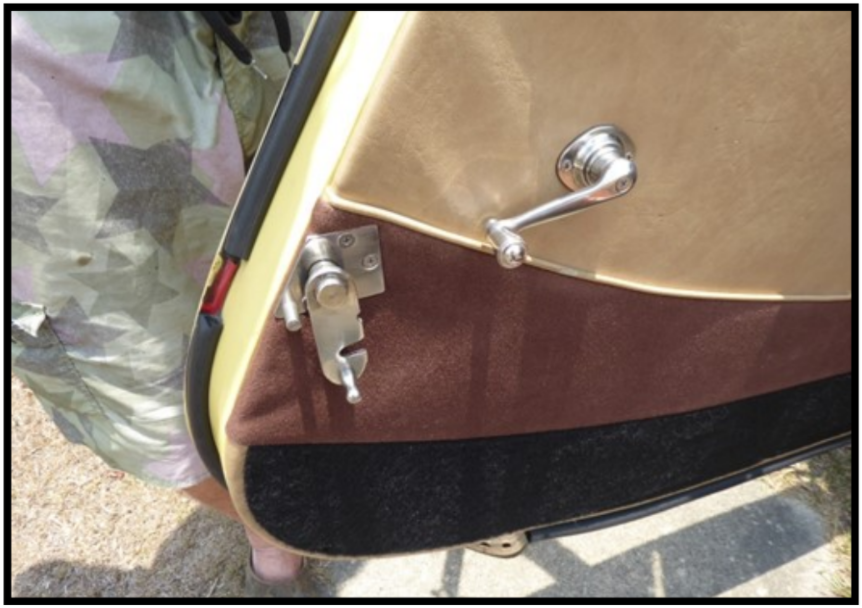