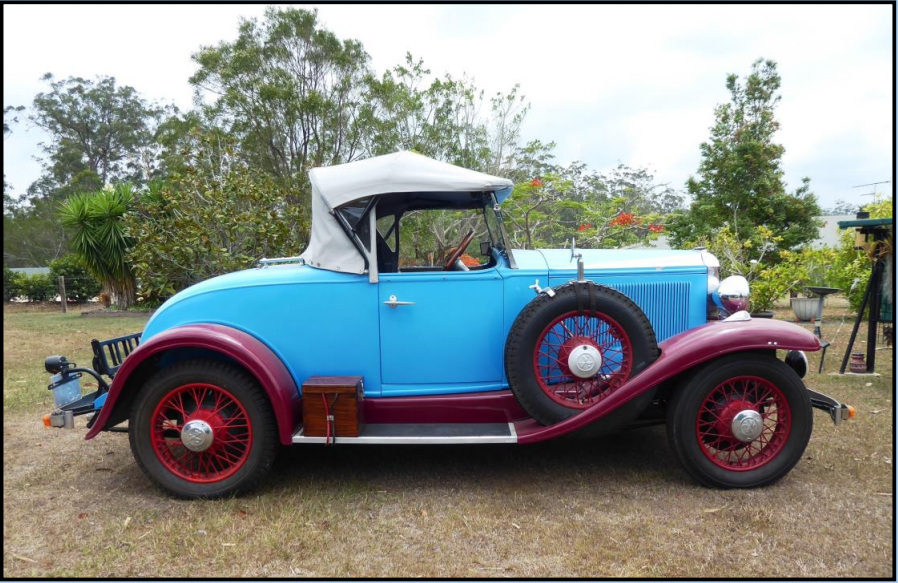 Robin Hull’s first restoration project was a 1928 Rugby, which took him around seven years. He completed it in 1996, having joined BVRC in 1989.
Robin was happy with his restoration, but the car’s 1920s-era performance soon became a limitation. It was fine when driving around the suburbs, but on the open road its low speed caused lengthy queues and angry reactions from other motorists. So Robin started looking for another vehicle to restore, one capable of higher cruising speeds.

He’d heard of two Vauxhall VX Cadet roadsters for sale as a package, a 1931 model and a 1932. Robin knew that the VX Cadet would be a fine car suitable for comfortable open-road cruising. His initial plan was to do up one of the Vauxhalls and sell it to finance restoration of the second. Robin had chosen an interesting marque.

The company had been founded in the Vauxhall district of South London in 1857 to build pumps and marine engines. Under the Vauxhall name it had begun manufacturing cars in 1903.  It aimed at the luxury end of the market, but with Laurence Pomeroy as designer its cars became successful in motor sport.  Vauxhall entered three cars in the 1,900km Prince Henry Tour (named after Prince Albert Wilhelm Heinrich of Prussia) in 1910. Ferdinand Porsche won, but Vauxhall’s cars performed so well that Vauxhall sold them from 1911 to 1914 as the C-type. However motoring enthusiasts soon dubbed them the Prince Henry.

The Prince Henry chassis became the basis of a special built for Joseph Higginson, who drove it to win the 1913 Shelsley Walsh hill climb, setting a new record. This prototype became the 30-98 Vauxhall, a fast tourer produced until 1927 and probably Britain’s best-known sports car.

Robin told me of the fate of one 30-98 in an incident in 1936 at Mount Gambier’s Blue Lake. According to the ABC’s website, “sometime after 2am one wet February morning, [the owner] was driving the Vauxhall around the lake home, when a drunk man came around the tight bend on the wrong side of the road”. The driver was severely injured but recovered. The car lay underwater for a year, but was finally rescued. It went on to a successful racing career and was eventually fully restored.

Vauxhall was acquired by General Motors in 1925. GM aimed to move Vauxhall from a luxury brand to a high-volume producer of conventional mid-market vehicles, using GM’s design and production knowhow. However the Depression forced it to lower its sights to the mass vehicle market. The Vauxhall Cadet, launched in 1930, was an early step in this evolution. Initially a low-cost vehicle retailing at around £280, it had a two litre six-cylinder engine, and was the first British car with a synchromesh gearbox.

British manufacturers relied heavily on exports to South Africa, Canada and Australia, and had realised that these markets demanded larger engines and better suspensions than the home market. The VX Cadet for export therefore had its engine capacity increased to 3.2 litres, and was similar to the contemporaneous Chevrolet, with the same bore and stroke and cylinder head. However the VX has four main bearings to the Chevrolet’s three, and its mains and big ends are pressurefed whereas the Chevrolet engine relies on scoop lubrication. It has four-wheel mechanical brakes, again similar to the Chev of the same era.
Robin’s Vauxhalls, like most cars of the era, were imported as rolling chassis to minimise import duty.

Most VXs were bodied as tourers or sedans, but Robin’s has a roadster body by Holden’s Motor Body Builders. He’s heard that there are only eleven roadster VXs in Australia. He has two of them, but suspects there may be more than nine others. While Robin originally planned to restore and sell one of the Vauxhalls, so far he hasn’t had the heart to break up the pair, and has commenced work on the 1932.

Robin restored the 1931 VX as planned, and completed the 2001 Shannon’s Canberra rally in it with a few teething problems. The starter motor failed and carburettor problems prevented the car from idling, but Robin carried on to the finish. The car started beautifully with the crank handle, he recollects, though blipping the throttle at traffic lights soon became tiring.

In his early days Robin had worked as a marine engineer at sea and later became a power station engineer, and this experience influenced his philosophy on preventive maintenance. He’s happy to spend months of preparation in the garage to avoid even a few minutes of downtime by the side of the road. Hence his Vauxhall now has CD ignition, and Robin always carries a spare distributor. The Vauxhall’s synchromesh springs were prone to breakage, which could mean catastrophic gearbox failure. Robin removed the synchros, so the car now has a crash gearbox.

Over the years Robin has seen a decline in the quality of chrome plating, with components he’s had rechromed beginning to peel after only a few years. Rather than put up with an unsatisfactory job he has made his own replacement parts such as door handles from scratch out of stainless steel. The spare wheel retaining clamp and rear-view mirror bracket shown in the photo are good examples of his craftsmanship. He plans on making replacement bumper bars for the 1932 VX out of stainless bar stock, rather than having the originals rechromed. However Robin has interrupted restoration of the 1932 VX to work on his 1951 Riley RMB 2.5 litre, but that’s a story for another time. 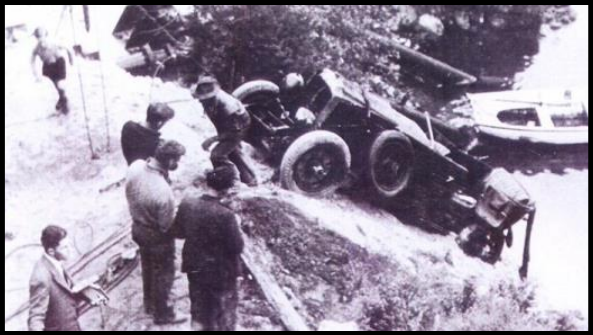 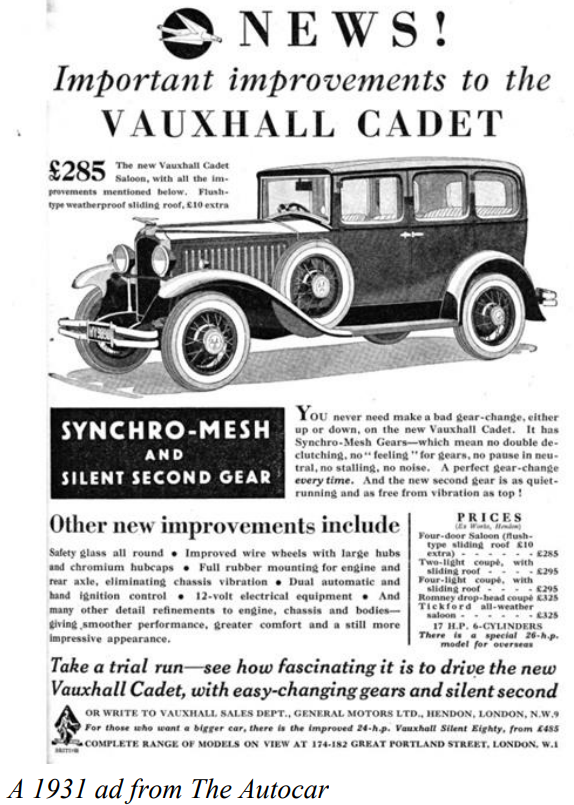 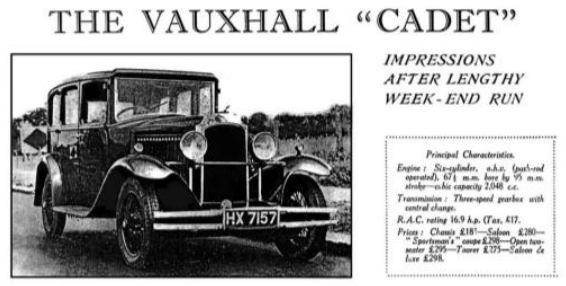