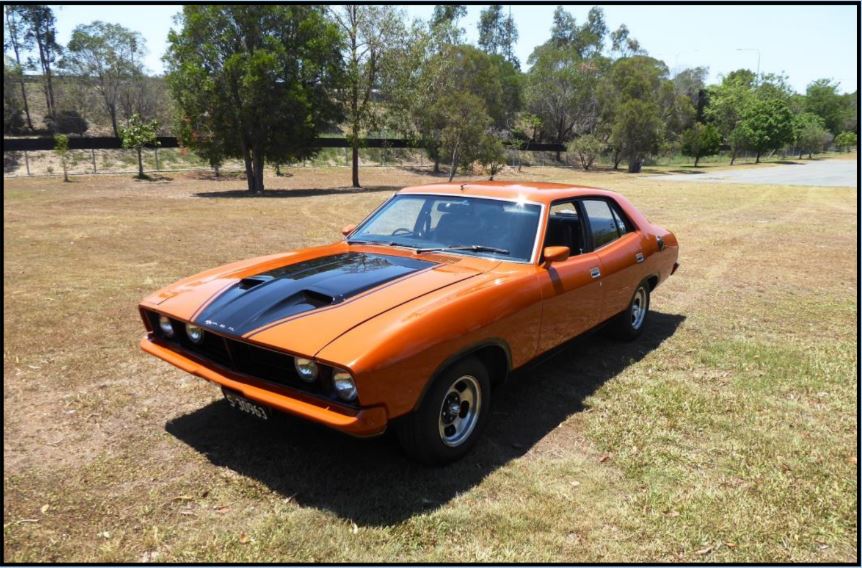 The XA Falcon, launched in February 1972, was distinctly different in shape to the XW-XY it replaced.

The XB revamp in September 1973 had minor cosmetic differences to give the car a more muscular look, and the XC in July 1976 had a less aggressive nose with a flat grille. In March 1979 the XD introduced a completely different boxy design.

Ray Burrows’ interest in XB Falcons goes back many years. His first car at age 16 (the legal driving age in South Australia) was a hand-me-down Mark 2 Cortina. But two years later Ray moved to full-size cars and became an XB Collector when he purchased a 1976 panel van.

In 1979 he moved up to a two-door XB with fourspeed transmission and four-litre six. Most of us have in our history a car that we wish we’d never sold, and to Ray this two-door will always be The One That Got Away.

But he left his regrets behind and in 2014 commenced building his current car, starting with a 1976 Falcon 500 sedan from a deceased estate. It was supposed to be in sound condition, and the 302 two-barrel engine, C4 transmission and running gear certainly were, but the body was full of rust. Half-hearted attempts had been made to repair or conceal the damage, but Ray saw that it was uneconomic to repair, and sold the shell at the last Club swap meet.

He had purchased a 1974 rolling chassis from the Gold Coast for around the same as the rusty car had cost. Being an early XB it included some components such as calipers carried over from the XA. Assembling one car from the two took Ray around 12 months. An auto electrician rectified a few problems and replaced some non-standard components but otherwise the job was straightforward.

The rolling chassis was painted Burnt Orange, but in working on the car Ray discovered several different versions of Burnt Orange. Exterior paint work, door frames and under the bonnet were slightly different Burnt Oranges, but Ray hasn’t been able to solve this mystery. Ray added GT touches to the paintwork: black trim around the bonnet scoops and over the wheel arches, and body-coloured bumpers rather than chromed. The car has jelly bean mags whereas GTs would be fitted with 12-slot wheels and hubcaps. Ray has a few more improvements planned. He wants to replace the dash, including the speedo glass, current yellow plug leads need to be changed to black ones, and he’s looking for an XT GT-look wood-rimmed steering wheel.

As well as his interest in cars, particularly XBs, Ray has acquired a few old motorbikes over the years: he now has eleven in the shed, and also has two AU Falcon utes.

Besides taking the XB in many Club events, Ray is also an active member of his bike club. Clearly, an interest in old cars and bikes is a great way to get out of the house and commune with nature and other owners, as well as preserving interesting vehicles. 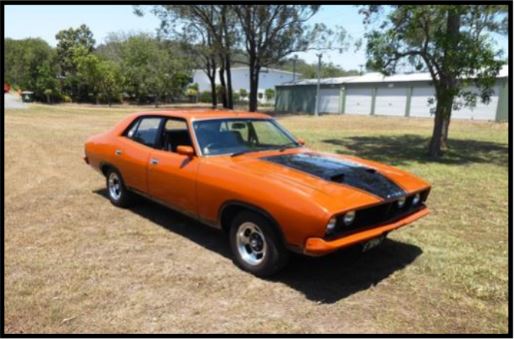 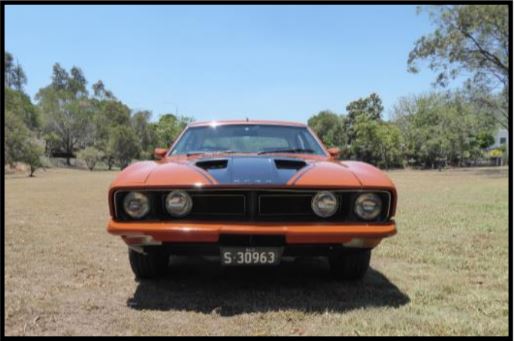