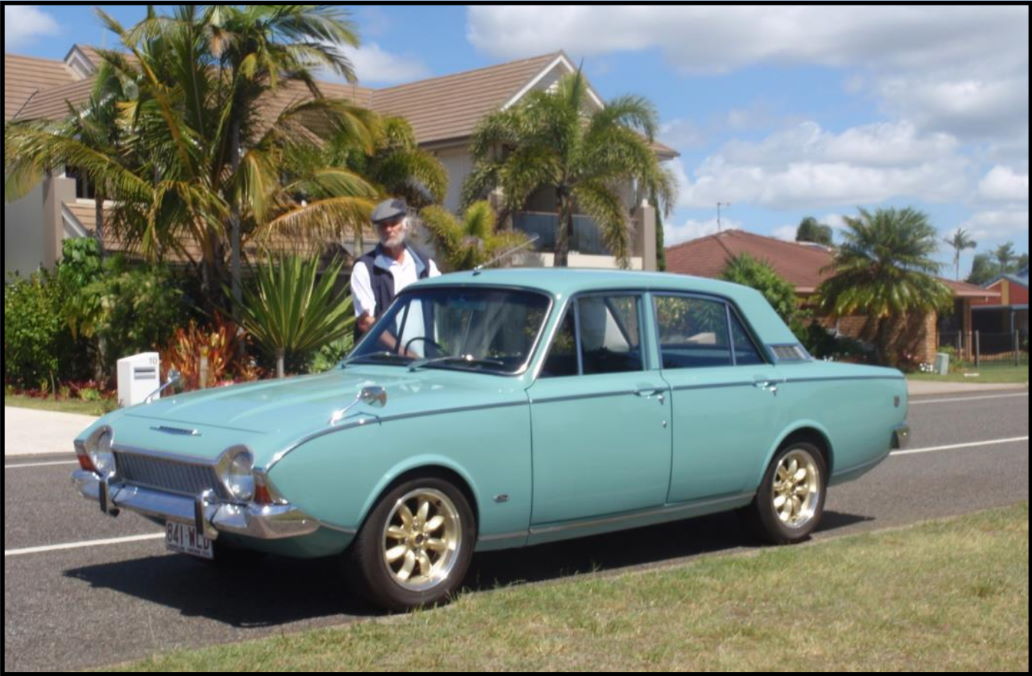 I joined BVRC in 2018 following my purchase of a 1966 Ford Corsair GT V4. I was a member of the Sunshine Coast Antique Car Club, having previously owned a 1971 MGB GT.

Some BVRC members may know me by name or by sight, or know of my Ford Corsair. My wife and I built in Thornlands and moved here in late 2015.

However with a new home, working fulltime and my wife’s medical issues I found we were not getting out and about in the MG, so we decided to sell it and have a holiday. I sold it on the proviso that we would get another old car some time in the future. We retained our SCACC membership.

We attended the 2018 Gympie Swap to catch up with a couple of ex-SCACC members now living in Gympie. While looking at exhibits I spotted a vehicle that really interested me. It belonged to a Gympie club member and was for sale. I don’t think I had even previously seen a Ford Corsair in real life, but I knew what it was as soon as I saw it. We both liked it but I wasn’t overly excited, because we’d not intended getting another old car for a couple of years (or so I thought!).

We returned to Thornlands having bought only three bags of peanuts at the Swap. We were sitting having a drink when Bev said: “We should buy that car”. To cut a long story short, we managed to speak to the owners following a number of phone calls, because I hadn’t taken details when we’d seen the car. We drove up to Gympie the following afternoon, took the car for a drive and bought it.

The previous owners were Gympie club members who had restored the car. They were very helpful, and we got much information with the car including the original owner’s manual, workshop manual, previous Victorian rego certificate etc. They also emailed us many photos of the restoration process as it had happened.

The car is a British-made 1966 Ford Corsair GT. It has a 1996cc V4 and automatic transmission. The engine is the same as fitted to the Ford Transit and the gear box is a Borg Warner 35, the same as fitted to early Falcons. This car is rare in Australia, as they were never sold here. Designed by Ford of Britain, the Essex V4 engine was produced in 1663cc and 1996cc versions at Dagenham and was used in the Corsair, Capri Mark I, Consul/Granada Mark I, Zephyr Mark IV as well as the Transit Mark I.

It’s a 60° V4 with cast iron cylinder block and heads. The block is only 510mm long, and the crossflow heads have two overhead valves per cylinder operated by a single camshaft through pushrods and rocker arms. All Essex V4s had the same 93.66mm bore, and the 1996cc version had a stroke of 72.42mm. Connecting rod lengths were the same, so the different displacements were achieved by changing the crankshaft throw lengths and the piston heights. The firing order was 1-3-2-4. To counteract the engine vibration inherent in a 60° V4, Ford added a balance shaft, promoting the V4-equipped Corsair as “The car that is seen and not heard”.

My car was sold in Wales on 20 October 1966. It had its 5,000 mile service at 4,808 miles on 2 December 1971. I’m not sure when it came to Australia, but it was registered in Victoria at some time in its life. The car sat in a shed not far from where we live for about 20 years awaiting restoration, until the chap I bought it from acquired it in 2006. He took it back to Newcastle where he was living then to begin restoring it.

The Corsair was intended to fill the gap between the Cortina and the Zodiac/Zephyr. It was manufactured from 1963 to 1970 until replaced by the Cortina Mark III in 1970. My V4 GT model was manufactured for two years, 1965-66. The Corsair was based on the Cortina Mark I floorpan, and some parts are interchangeable (although there is a 7.5cm difference). The Corsair range included two and four door saloons, four door estate and two door convertible. The convertible was a conversion by the British Crayford firm of the limited production two door V6-engined saloon. I saw examples of Crayford convertibles at the BVRC Australia Day Rally earlier this year, and they’re also very rare here.

My car is currently on open registration and is as purchased. It is basically standard with the exception of the road wheels and a Datsun 200B radiator. I also got the original restored rims (with tyres), wheel trims and hub caps when I purchased it. It has only done 33,500 miles.

The car gets unbelievable attention. I have been stopped while driving down the road, at the servo, at traffic lights, had thumbs ups from passing bicyclists and motor cyclists, and we often find people standing around it when we return to it from our Sunday walks. People want to know about it and what it is. Those who’ve lived in Britain, the West Indies, New Zealand etc are often familiar with Corsairs.

The only clue to the manufacturer is a small Ford badge low down on the rear of the passenger’s front guard, as on the Cortina Mark I. It has Corsair in lettering on the steering wheel centre, Corsair V4 badge on the front of the bonnet, Corsair GT badge on the boot lid, GT badge on each rear guard and an “Automatic” badge on the passenger side rear below the boot lid.
We are planning on using the Corsair on Club events when we can, subject to the usual work, family and other commitments.

Next time you see me please say “gidday”. Given the chance, I could possibly bore you to death with much more of my story, or that of my car! 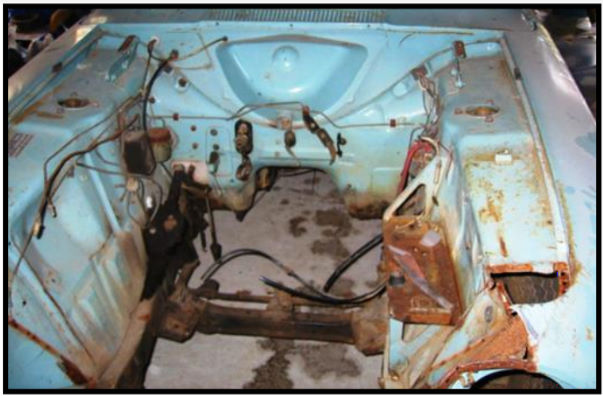 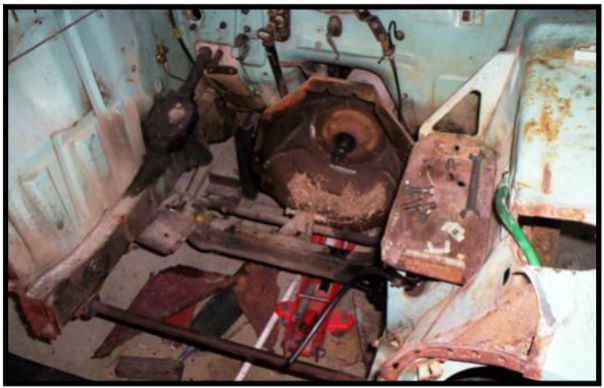