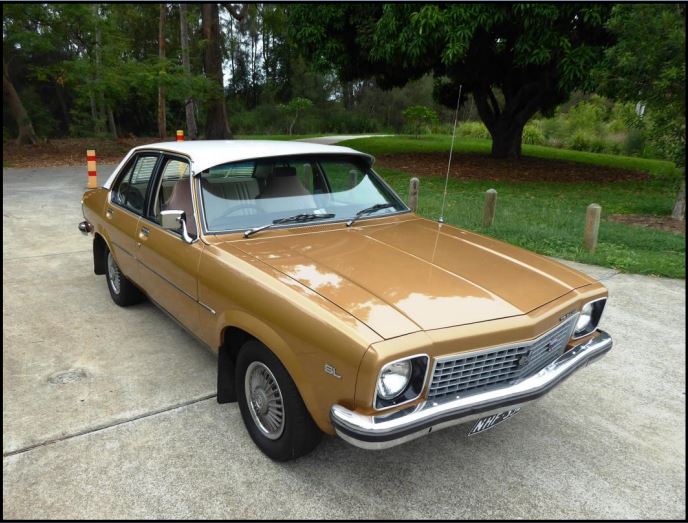 This story tells us how first impressions are usually the correct ones, and that sometimes it’s important to follow our instincts and persevere.

Gary Crooks had first seen this car while he and Pam were on a Tenterfield rally several years ago. It had a “For Sale” sign on the windscreen, and another Club member on the rally had test driven the car and pronounced it sound. Gary had been thinking about buying a car, preferably one made by the Big Three, but he hadn’t really considered a Torana. Still, this one was interesting.

Afterwards, while on a driving holiday around Australia with Pam, Gary kept his eye on the market through Just Cars magazine, but that Tenterfield Torana kept popping into his mind. He had looked at a “poverty pack” LX, but it just didn’t seem right. Perhaps he’d missed an opportunity in Tenterfield.

So in 2004, after returning from holidays, Gary rang a friend in Tenterfield to try and track down the Torana that had got away. The friend not only knew the car, but knew its current owner. And incredibly this was the same person who had been trying to sell the car when Gary first saw it years earlier. It was still for sale, and at the same price.

Gary arranged to meet the owner and view the Torana. It had a leak in the muffler and had been fitted with aftermarket GM alloy wheels. Gary wanted a car without a leak and with original factory wheels, but otherwise this one was just what he had been seeking. The owner knocked off $500 for Gary to take it as is, as long as he was paid in cash. Gary accepted.

The car performed perfectly on the drive back to Brisbane except for an increase in temperature going up Cunningham’s Gap. Gary found a filter in the top radiator hose clogged with grit: removing this solved the overheating.

The car had come with all the documents from its initial sale, which showed that the original owner had purchased it from Sexton and Green of Tenterfield in January 1977. As if to demonstrate the small world we live in, during the 2017 Tenterfield rally, while Gary and Pam stopped there to refuel, the original owner’s grandson recognised the car and told Gary of its background.

His grandmother had sold the Torana when she had surrendered her licence when in her nineties. It had only had three owners when Gary purchased it. On the same rally Gary also met the former service manager of the dealer which had originally sold the car. He checked records he’d retained which showed that the Torana had been built in Acacia Ridge. Coincidences seem to abound in Tenterfield.

Holden built the LX Torana from 1976 to 1978, selling around 66,000 units. A “third generation” Torana, it was preceded by the LH and followed by the UC, all sharing the same body shape. The LX came as a three-door hatchback or a four-door sedan with a wide choice of engines: a four cylinder Opel unit, sixes in 2.85 or 3.3 litres, and 4.2 or 5 litre V8s. It is the LX that gave the world the SLR 5000 with the A9X Performance Vehicle Package.

Gary and Pam’s SL has the 3.3 litre (202 cubic inch) six and Trimatic transmission. It is still low mileage, having done around 139,000km. The car is pretty much as it left the factory, except for the addition by a previous owner of an electronic distributor and temperature gauge. Gary has fitted an under-dash AM/FM CD player, but the factory-installed Philips AM radio
works perfectly.

The LX’s foot-operated parking brake caused much confusion to those unused to it After purchasing it Gary had replaced springs, shocks and bushes and the fibre timing gear. At around 108,000km he noticed a rattle and had the engine reconditioned. It only needed new lifters, but Gary had it rebored and balanced and the head converted for unleaded petrol. Crankshaft wear was minimal. He also had a mild Crow cam fitted, which raised its cruising speed by around 8kmh. Around the same time Gary had the Trimatic transmission overhauled. An extra clutch plate smoothed out the changes, which are now barely perceptible.

It’s a great long distance car, and Gary and Pam have done many club rallies in it. It’s in remarkably good condition, and would be a comfortable and practical daily driver. Certainly Gary is a happy and proud Torana LX owner. 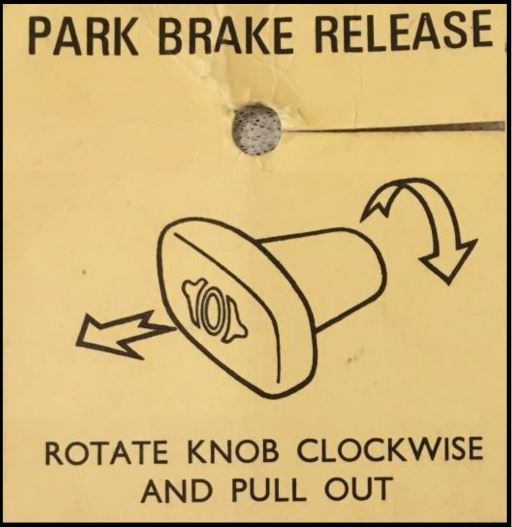