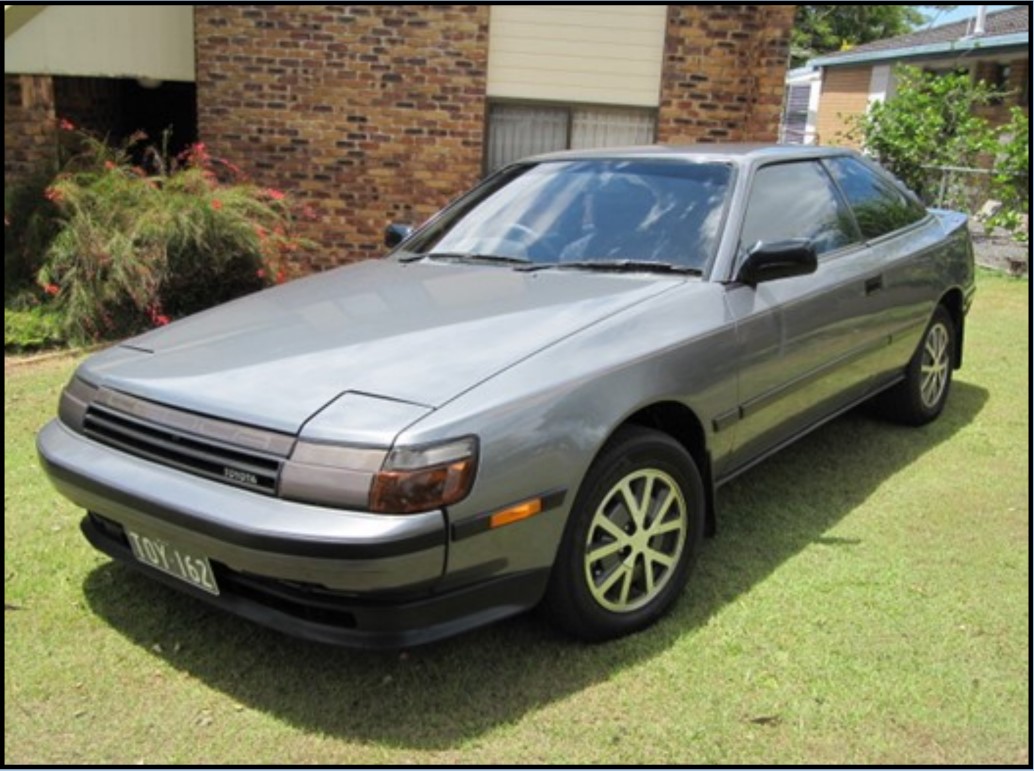 The 1986 Toyota Celica was the fourth generation of the Celica. Spanning seven generations and 35 years, the Celica’s history is a fascinating look at how Toyota’s remarkable go-anywhere, do-anything sports car broke new ground, transformed to meet contemporary needs and established itself as a true global sales success and motorsport icon. From its introduction in December 1970 to its final bow more than 35 years later, Celica production reached the epic heights of 4,129,626 units.

The 1970s brought a new-found sense of freedom as people discovered that less time working in modern society meant more time for leisure activity. In America, “pony cars” like the Ford Mustang, Chevrolet Camaro, Pontiac Firebird and Dodge Challenger were gaining popularity – indulgent purchases that reflected the easy-going spirit of the decade, but brought with them new levels of practicality and usability.

This was simply not possible with sports cars of the previous decade like the Toyota 2000GT. This rare beauty was built for only three years, with just 351 units produced, but its impact was huge. It was not only the first “supercar” to come from Japan, but also the only Japanese car to feature in a James Bond film.

The most expensive example sold for US$1.16 million at an auction in 2013.

This was the first car that proved Japan could compete with almost anyone when it came to making advanced, fast, beautiful cars. And it is in this context that the history of the 1986 Toyota Celica ST162 begins.

The fourth-generation Celica launched in August 1985 was a marked departure from its predecessors, the most significant difference being front-wheel drive. A fresh approach with a clean-sheet development, its smooth, aero-efficient design bore no sign of being derivative of the past. It also had a new mechanical layout that allowed the forthcoming Mk3 Supra to stand independently within Toyota’s sporting range. The new design represented a major step forward in performance and dynamics. But as much as the Celica had matured, Toyota did not want to desert the market for which their sports coupe had always appealed: the young sports car buyer could still get behind the wheel of a shiny new Celica for just over $20,000. Things were about to change, however, and it was not the fault of Toyota. Rather, the blame lay squarely on the Treasurer (later Prime Minister), Paul Keating, who introduced a tax on luxury cars that would have pushed the Celica’s price to somewhere near $32,000.

And in 1986, in a first for the company, Toyota took the brave decision to downgrade the Celica so that it could come in under the luxury car tax threshold. Many motor manufacturers lamented the price hikes, but Toyota actually did something about it. The strategy was to move the SX Celica up market by piling on a few goodies, partly to justify the inescapable price escalation. A lower-spec model, the ST, was to be a down-market version.

The SX Celica retained the brilliant 3S-GE twin cam engine. This was basically a blue-printed unit and was relatively expensive to build. With this in mind, Toyota engineers went back to the drawing board to find a viable alternative for the ST Celica.

What they came up with was nothing to complain about. The then new 3S-FE engine used the same two litre inline four cylinder block and internals as the 3S-GE, but with a different head and valve gear. It was still twin cam, but was less expensive to produce. The head had 16 valves, as did the 3S-GE, but they were closer together and more upright. On the 3S-GE both cams were driven by a toothed belt, but on the lower spec 3S-FE engine only the inlet cam was belt-driven. The exhaust cam was driven off the inlet cam through scissor gears. Power was 86kW (115bhp) @ 5200rpm and torque 169Nm (124ft-lbs) @ 4400rpm. The Australian spec Celica ST162 was the base model ST with 3S-FE engine, offered as coupe and liftback. Overall vehicle weight was around 1060kg, with a top speed of 205 km/h and zero to 100km/h in around nine seconds.

Naturally, the suspension was totally redesigned to suit the new transverse power train layout, with Macpherson struts all round. The model was produced from August 1985 to August 1989 at Toyota’s Tahara plant at Aichi in Japan. Even though Celica’s increased purchase price was
not welcomed by the motoring press, road test reports revealed that the model’s new-found handling and chassis balance seemed to justify the extra cost.

In October 1986 Toyota launched the flagship GT-Four (ST165) with a new 3S-GTE engine, a turbo-charged and water-intercooled development of the high-performance 3S-GE. The first version of this engine made 185bhp, taking the ST165 from zero to 100km/h in around eight seconds. At the time it was Japan’s most powerful turbocharged two litre engine.
The ST165 GT-Four became the official Toyota rally car, making its World Rally Championship debut in the 1988 Tour de Corse and finishing sixth. Its first victory came in 1988 in Cyprus (non-WRC), and its first WRC victory in 1989 Rally Australia. What was so remarkable about the Celica SX was the way it demonstrated advances in so many different areas of engineering and design. Its gem-like twin-cam 16-valve engine seemed pure racer. Not only was there front-wheel drive, but the wheelbase was long and the overhangs short. The steering was not to Alfa standards, but was very direct with good feel. Nobody lamented the transition from a soggy example of rear-wheel drive to this state-of-the-art front-drive design.

The Celica was a Toyota for which to leap. It was the spiritual descendant of the drop-dead gorgeous 1967 2000GT. Its sheer presence in 1985 should have alerted us to the fact that Toyota would soon rule the automotive world. No one knew then that Toyota would soon push past Holden and Ford for sales leadership.

So much of the time, a fearful conservatism has dogged the world’s number one car maker. But a handful of cars from the 2000GT to the ST162 have set brilliant new benchmarks or even created new market sectors. In terms of value for money, state-of-the-art engine, elegant design and superb dynamics, I’m wondering whether the 1985 Celica SX was not one of the most notable of these.

Leo and Myra Blumkie own the cover car, and Leo tells me he was looking for a car (in addition to his 1970 VW Beetle) which qualified for restricted registration (i.e. at least 30 years old). He was also very demanding, and was after a car that appealed aesthetically, but was totally original, properly maintained, with reliable, reasonable performance and handling.
He wanted something comfortable and economical, with air-conditioning, power steering, disc brakes all round, readily available parts, manual five speed and mag wheels. Finally it must have always been garaged, with no rust and definitely not molested. Oh, and less than $10,000. That should have been easy to find, shouldn’t it??

Leo looked at many other manufacturers, types and models of cars over two years. Cars he considered included the MGB GT, Datsun 260Z, Sunbeam Alpine, Volvo P1800, various Triumphs and others. However none of these ticked enough of Leo’s exacting boxes. The best examples he inspected were in many cases several times the price of a Celica, and were not in the condition he wanted. So when this immaculate Celica
turned up, Leo saw that it was just what he’d been searching for, and was unable to resist it.

Like all dream cars, the Celica had only one previous owner, a lady who had who purchased it new from Southside Toyota in 1986 and driven it only 2,500km in the previous five years. However Leo was able to confirm that in this case the story was absolutely true. It now has only 117,000km on the odometer, and Leo says that it still drives like new.

Leo tells me that he has had the car for nearly one year now, and he and Myra look forward to joining in more events and rallies with members of BVRC. 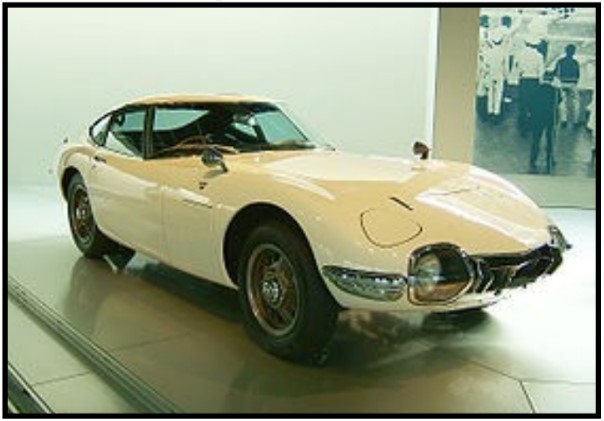 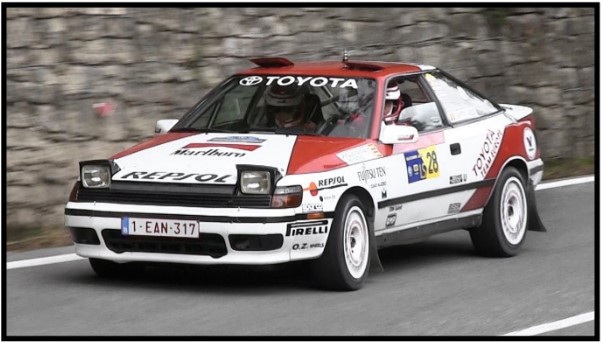