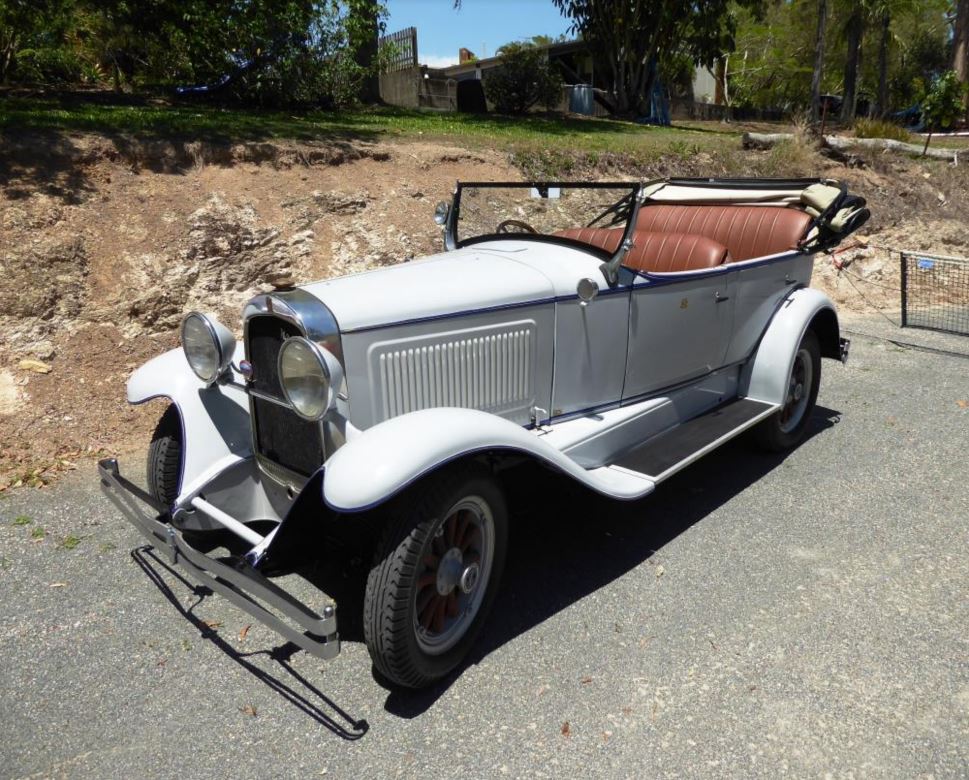 Those who take a fancy to a particular vehicle do so for many different reasons. When in his early teens Tony Spinks became aware of Whippets because the father of a Sunday School friend owned one. Tony’s interest in Whippets lay dormant until 1964, when he was serving with the RAAF in Townsville. One day when on leave he visited a mate in Charters Towers who restored ex-army jeeps. By a stroke of good fortune this friend had two Whippets in his yard: a 1926 “Bullnose” and a 1929 Touring model. The 1926 car didn’t appeal to Tony. But the 1929 was more enticing: this was the car that he remembered from his early days.

The car’s original owner had purchased it new in Charters Towers. Prior to Tony’s visit it had only done 30,000 miles, apparently sitting on blocks throughout World War Two. It had then been owned by a fencing contractor, who had reputedly driven it from Normanton to Hughenden in a straight line. Despite what sounded like a hard life the car was in remarkably good condition. The front bumper was bent, one door and one mudguard were damaged, and it had been home to some goats which had snacked on the upholstery. But otherwise it was sound, with all parts present. Tony purchased the car on the spot for £20, brought it back to Townsville and immediately began restoring it.

The car was painted maroon, and the paintwork was in reasonable condition, so Tony resprayed the car in that colour. He subsequently realised that his preparation hadn’t been as thorough as it could have been. He hadn’t treated the surface rust properly, and hadn’t filled scratches in the old paint when he painted over it. But despite his criticism of his own workmanship, Tony’s paint job lasted for more than 35 years. The original restoration complete Tony’s car featured in Custom Rodder in 1969 Tony’s car is fitted with the desirable “Fingertip Control” button on the steering wheel boss: this is the start button and controls horn, parking lights and high and low beam. The car also has side curtains, an optional extra when new. However these make ingress and egress difficult, and hand signalling turns (as the car has no turn indicators) is almost impossible.

Whippets were made between 1926 and 1931 by the Willys-Overland Company, which at the time of World War One was the second-largest producer of automobiles in the US after Ford. But John Willys had begun acquiring other car manufacturers and had built a new plant in Indianapolis, so the company was heavily in debt when the depression of 1920-21 hit. The Willys Corporation holding company had to sell assets to stay afloat, but it survived and in 1926 introduced a new line of small cars named the Willys-Overland Whippet, which was immediately successful. The four-cylinder 30hp car was just over 3.66m long, reputedly the smallest in America. This model was followed a few months later by a 40hp six-cylinder car, which also sold well. The Willys model 93A roadster, selling for US$695, became the world’s lowest-priced six-cylinder car.

The Whippet had some advanced mechanical features.

The crankshaft for the 178 cubic inch (2.9 litre) engine had seven main bearings, pump-based cooling, pressure lubrication to everywhere but the piston pins and an adjustable timing chain. Tony’s 1929 Touring has the typical Whippet three-speed non-synchro transmission and mechanical brakes. The low centre of gravity conferred good cornering; and light weight provided both fuel economy and speed. The Whippet six-cylinder performed competitively in numerous trials and endurance runs, and in 1928 was the third best-selling car behind Ford and Chevrolet.

However while the Whippet had peaked, Ford and Chevrolet were introducing more competitive models, and in 1929 the Great Depression signalled the end of the Whippet name. In 1930 an eight-cylinder Whippet was launched but it was not what buyers wanted, and the Whippet was dropped from the Willys model lineup in 1931.

Willys-Overland and its successor companies continued producing passenger cars until the early 1960s, but it was finished as a volume manufacturer in the US, and the Willys name disappeared in 1963. However Willys produced the design for what became the Jeep of World War Two, with over 650,000 being produced by Willys and other companies. The Willys legacy survives in the Jeep brand.

Tony’s car has led a happy and productive life. For years after he moved to Brisbane in 1968 it was the daily driver, and did two round trips each to Sydney and Townsville towing a trailer. As Tony became occupied with other projects the car spent a few years off the road. Then 18 months ago Tony commenced a new restoration.

This time the car would be returned to its original grey paint job, complete with coach lines. The original hood and hood bows had lasted for 45 years, but Tony believed that they had done enough and deserved replacement. His RAAF mates had repaired the upholstery and hood during the initial restoration, but this time Tony had the work done professionally.

The result is stunning. Paintwork, upholstery and trim look like the car just rolled off the production line. Despite its hard early life in the Gulf Country the car’s wood-spoked wheels and Whippet hubs are all intact. The bodywork has a small “Holden” badge, showing that it was made by the predecessor of the lamented General Motors-Holden.

The Whippet looks formal though stylish with the hood up, but lowering it transforms the car into a sleek head-turning beauty. Tony’s restoration has been thorough and painstaking, and it’s heart-warming to see a car of this age, beauty and rarity in such superb condition. 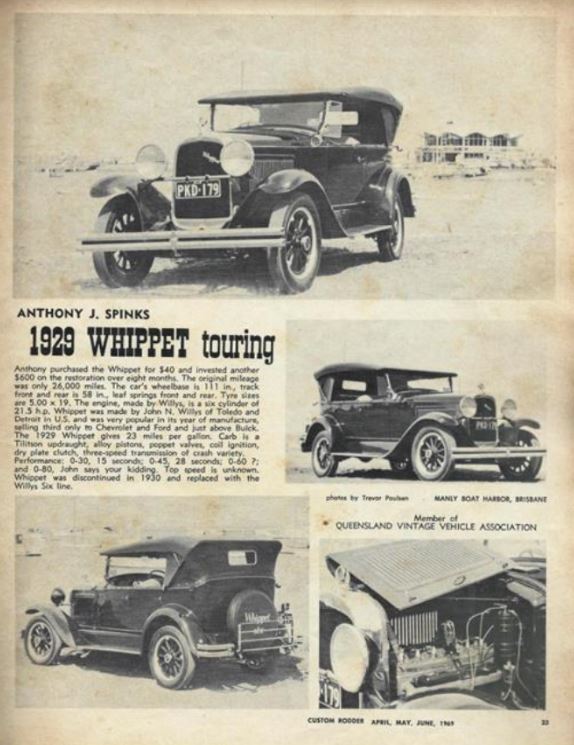 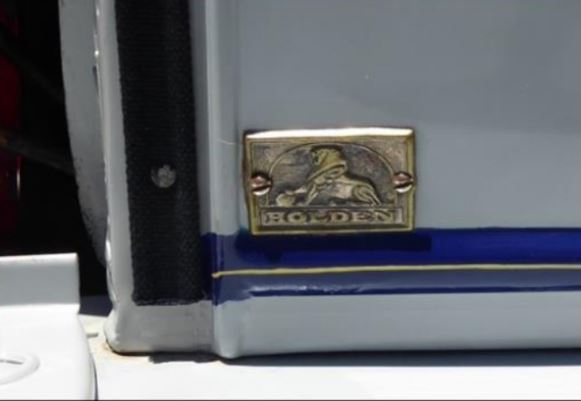